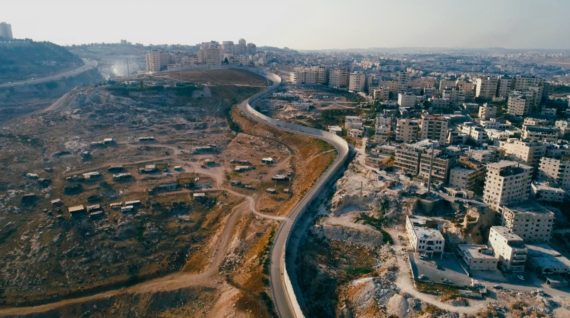 You can realisten this program on our blog

BROKEN – A Palestinian Journey Through International Law, is a compelling documentary about international law and its broken promises at the example of the 700 km-long wall between Israel and the Palestinian territories. In its 2004 Advisory Opinion, the International Court of Justice in The Hague declared the Wall illegal. Now, 14 years later, the Wall is nearing completion. Director Mohammed Alater tries to understand how this is possible. He will join us for this screening and the discussion afterwards.

The Israeli government, in 2002, began the construction of a 700 km-long wall in the West Bank on the Palestinian side of the “Green Line”. Two years later, in its 2004 Advisory Opinion, the International Court of Justice (ICJ) in The Hague declared the construction of a wall within occupied Palestinian territory illegal. The Palestinians and many in the international community saw the Court’s opinion as a turning point in the protracted conflict. Today, over 14 years later, the result is sobering: Israel has neither desisted from the Wall, which is twice as high and four times as long as the Berlin Wall, nor made any reparations. On the contrary, the Wall is nearing completion and most States have made little effort to secure compliance, although under an obligation to do so.

With his newest documentary Broken, director Mohammed Alatar tries to understand how the Advisory Opinion of the International Court of Justice could be so easily disregarded, without action. What does the failure to implement these high-level decisions mean for international (humanitarian) law and its relevance today? He talks with internationally renowned law experts, judges from the International Court of Justice (ICJ), seasoned diplomats, and the Israeli military officer who, in 2002, commanded the construction of the Wall.

After the film we continue the discussion with the director of the film.