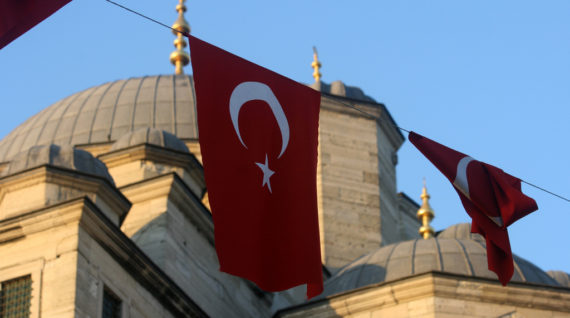 Turkey and the Middle East

During this second edition of ‘Exchanges on the Middle East’ we explore the background of Turkey’s national, regional and international political strategies. In recent years, which were marked by conflicts and instability in the Middle East and North Africa (MENA), Turkey has sought to deepen its influence and power in the region. What doest this mean for the developments in the MENA region and for the relation between Turkey and Europe?

In the decades following World War II Turkey focused primarily on its relations with Europe, while following a non-intervention policy with respect to the turmoils in the Middle East. After 2007, President Erdoğan’s Turkey gradually appeared to loosen its focus on Europe and attempted to increase its influence in the MENA region. Turkey’s role in the MENA region is challenged by other regional powers such as Iran, Egypt, Qatar and Saudi Arabia as well as by the increasing international standing of the Kurds in Syria and Iraq.

Together with international Turkey experts we discuss the influence of Turkey’s policy on the current and future developments in the region. How can Turkey’s policy changes be interpreted and positioned? How do the MENA countries respond to Turkey’s changing political focus? To what extent are the Kurds challenging Turkey’s position in the region?

About Exchanges on the Middle East

Exchanges on the Middle East is a collaboration between the Leiden University Centre for the Study of Islam and Society (LUCIS), and the Netherlands Ministry of Foreign Affairs North Africa and Middle East Department.

Stay updated and join the conversation at our Facebook event.