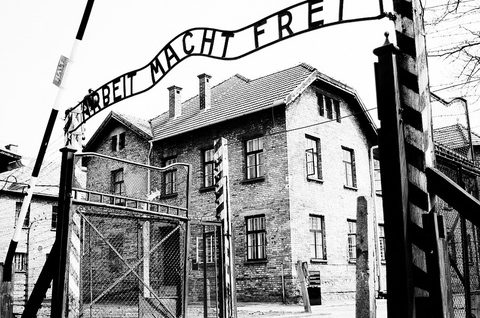 Relisten the programme on our blog.

An unknown resistance story from Auschwitz

Although the horror stories of extermination camp Auschwitz are widely known, many resistance stories are more unknown. This includes the story of Polish intelligence agent Witold Pilecki: he volunteered for a Polish resistance operation that involved being imprisoned in Auschwitz in order to gather intelligence. During this lecture, the Polish historian Marek Kornat will present this little known story.

Risking his own life, Pilecki organized a resistance movement and escaped the camp in 1943, in order to inform the Western world about what happened behind the closed gates of the camp. The result of this operation was the Witold’s Report: the first comprehensive Allied intelligence report on Auschwitz, and the atrocities of Nazi Germany.

The distinguished Polish Professor Marek Kornat (Historic Institute of the Polish Academy of Science) will give a lecture on the story of Pilecki. After his lecture, Dr. Iwona Gusc will have a dialogue with him and the audience. We will be focussing on how we can talk and write about heroism in a place as horrible as Auschwitz. And what meaning we give to bravery and resistance, when so many people became victims and had no control over their lives.

This program is organized by the Embassy of the Republic of Poland in cooperation with the Pilecki Institute.