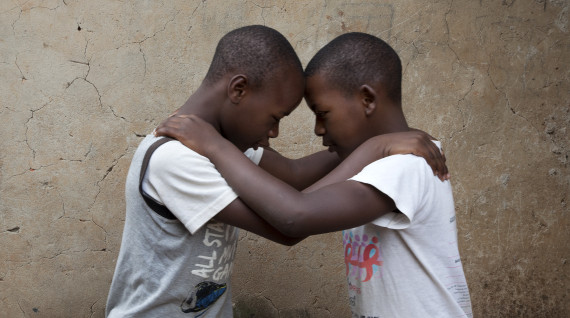 Debate: Rwanda, a country without orphanages?

Rwanda has started the process of closing all its orphanages. In doing so the African country seems to be the first in a global trend. During the opening of the multimedia exposition ‘In my dreams I want to become a tourist’ we will talk with the makers of this exposition and Mirjam Blaak of Better Care Network Nederland about this Rwandese policy decision. Western relief organisations encourage this decision; but is it really better for the children involved? How do these relationships between Western relief organisations and local governments work? And how do you, as a Western journalist, relate to these vulnerable children?

Rwanda strives to be a middle-income country by 2020 and, according to the government, orphanages do not fit that image. Humanitarian relief organisations such as Save the Children and UNICEF also believe children to be better of in a family context. Together with other organisations they form the Better Care Network that plees for the closing of orphanages within international and political circles.

In the multimedia exposition we follow the story of brothers Hirwa (13) and Jean-Cloude(11) whom, with the help of the film makers, are united with their young mother after staying in an orphanage for a long time. The exposition is made by photographer Anaïs Lopéz, journalist Paulien Bakker and filmmaker Anisleidy Martínes. The exposition shows the complexity of the relationship between Western relief organisations and artists on one side and the aid-receiving non-western countries on the other.

Watch here the trailer of the film:

Mirjam Blaak (president Better Care Network Nederland), Olivier Nyirubugara ( A Rwandese journalist and professor of journalism at The Hague University of Applied Sciences) and the makers of ‘In my dreams I want to become a tourist’, journalist Paulien Bakker, photographer Anaïs Lopéz and film maker Anisleidy Martínez.

This program is organised by the makers of ‘In my dreams I want to become a tourist’ in cooperation with the Humanity House.