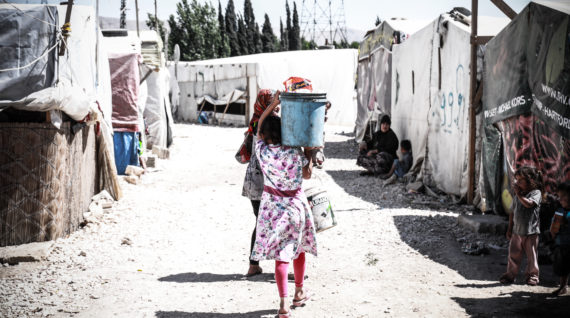 Listen to this debate on our blog.

Syrian refugee crisis: Limitations to protection in the region

Will 2018 be the year of return for Syrian refugees? At the beginning of this year many aid organisations sounded the alarm bell. Policy makers in Europe and in neighboring countries Jordan, Lebanon and Turkey are increasingly discussing the return of refugees to Syria. In some cases, this even led to deportation. We will discuss these developments with a panel of experts, among others from Lebanon and Syria. What are the future prospects for Syrian refugees in the region?

Neighbouring countries Jordan, Lebanon and Turkey have together taken care of more than 5 million Syrian refugees since the outbreak of the war in Syria, compared to around 1 million having found asylum in Europe. While Syrian refugees were welcomed hospitably in the beginning of the war, we are now starting to see the limitations of providing protection in the region. Turkey and Jordan closed their borders for Syrians and measures were also taken in Lebanon to limit the arrival of refugees. And although the war continues unabated in Syria, the return of refugees to Syria is being discussed more and more openly.

Personal stories from the region

Would you like to know more about the situation of Syrian refugees in the region? Check the website of the International Rescue Committee for the stories of four refugees.

Join the discussion and keep informed via the Facebook event.