How does film raise awareness about migration and refugees? - Humanity House
 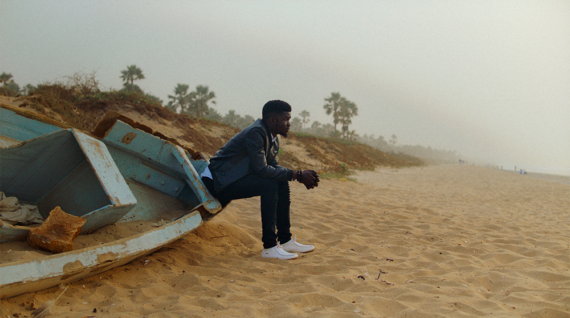 Films and documentaries are often about subjects that speak to the social consciousness of its audience. These are stories taken from real life that stimulate the audience to look outside of their own bubble. Migrant cinema also does this. Which role can this genre play in raising awareness about migration and refugees? This will be discussed during the first edition of Bubble Breaker.

The program starts with a screening of the short movie Gifts from Babylon. Christoper Tijan Smith plays a illegal migrant that returns to The Gambia. After the movie was shot, Smith sadly enough became a illegal migrant himself. He will tell his story and the role he plays in the movie. Director Bas Ackermann will tell about his motifs for making this movie.

After the film screening, the creative director of Movies that Matter Margje de Jong and film teacher Dr. Emiel Martens will join the discussion. The conversation will turn to migrant cinema as a genre. What exactly defines migrant cinema? What does it try to accomplish? How do films these contribute to the public debate and are they seen as ‘Bubble Breakers?’

This short movie is about illegal immigration from Africa to Europe. It explores the traumatic impact that African-EU migration has on the migrants and the community it leaves behind. The story is told from the perspective of a Gambian migrant that returns to his homeland. After five years of illegally living in Europe, coming home evokes a reaction from his environment. Gifts from Babylon has been shown at 40 film festivals worldwide, where it received 8 awards, including the Award for Best Fiction Film at the Hague Film Awards 2019.