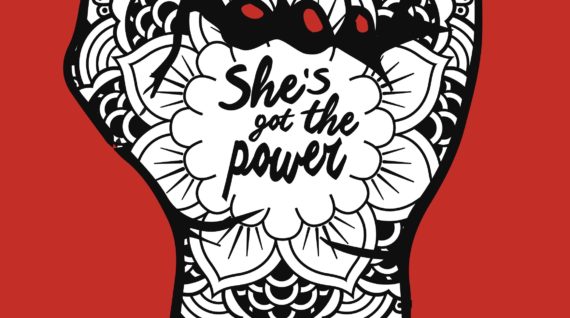 In the run-up to International Women’s Day, Hivos and Humanity House provide the event ‘She’s got the power’. Alongside the themes of gender equality and women’s rights we will provide personal stories with performances and Dialogue with the audience.

In recent decades we see progress in the field of women’s rights. However, the majority of women still have informal jobs with unequal wages compared men. The representation of women in politics is also far from equal: more women are participating, but still far fewer than men, and hardly any of them in leading positions globally.

The first part of the evening is a panel-discussion about women in politics. The panel-discussion will be followed by a keynote-presentation from Madeleijn van den Nieuwenhuizen. During the presentation she will share her thoughts on sexism, imagery and stereotypes of women prevalent in media broadcasts and publications.

Join Hivos and Humanity House and get inspired through global sisterhood!

MS.ABA, also known as Augustina Austin is a singer-songwriter with roots in Ghana. Augustina brings a new sound called: AfroSoul. MS. ABA contributes to connecting Women from African Diaspora with the continent for more than 10 years.  She is also the founder of several platforms such as: Abina Online, Shero (a female movement clothing line) and Africa on Focus (a weekly radio show on Hiradio). She will perform as a singer and contribute to the panel discussion regarding women in politics.