The gay scene in Jamaica is fantastic, thinks Yvonne. People’s homes are the venues for parties where men can kiss with men, and women with women. But they do it furtively, because homosexuality is not accepted in Jamaica. Yvonne and Denise met each other at one of these parties. Yvonne describes it with the words from a Rihanna song: ‘We found love in a hopeless place’.

Even though the gay scene in Jamaica is thriving, most people keep their sexual orientation a secret. Anybody who is openly homosexual, lesbian, bisexual or transgender (LGBT) runs a big risk of being threatened, beaten up or even murdered.

Yvonne is an activist for the gay community and works for the first LGBT organization in Jamaica: J-FLAG. As a frontline crisis worker, she pretends to be a mother, aunt or friend of homosexuals to help get them out of threatening situations. She also provides shelter in her own home for young LGBT people who are disowned by their own family.

But then Yvonne and Denise have to deal with discrimination themselves. Denise loses her job and is intimidated because she is lesbian. Yvonne is also threatened after she appears in a television ad warning of the dangers of HIV and AIDS. Her neighbors tell her that people want to burn her house down. From that moment on, the situation in Jamaica is too dangerous for them to remain there. They depart for the Netherlands, which they know because of its gay emancipation. Two years after arriving in the Netherlands, the pair get married.

Situation for LGBT people in Jamaica

Jamaica: land of sun, sea, reggae and marihuana. No place on earth is more relaxed. But the heavenly island is not a pleasant or safe homeland for everybody. Jamaica is considered to be one of the most homophobic countries in the world. Although some men and women do openly come out as gay or lesbian, lots of people do not have the courage. Most of them prefer to keep their relationships a secret. They live in fear of being fired, attacked, evicted from their homes, raped, or even murdered. Religious organizations and music culture encourage homophobia. One of the consequences of not being able to speak openly about homosexuality is a high rate of HIV and AIDS in the community.

Sometimes the police fail to take action when crimes are committed against LGBT people, and sometimes the police are even involved in such crimes. That is why many people do not report discrimination and violence. The only form of protection for homosexuals comes from organizations like the J-FLAG, Jamaican Forum for Lesbians, All-Sexuals and Gays, founded in 1998. Their aim is to create greater acceptance of and tolerance for LHBT people in Jamaica. Yvonne’s story shows how dangerous this work is. 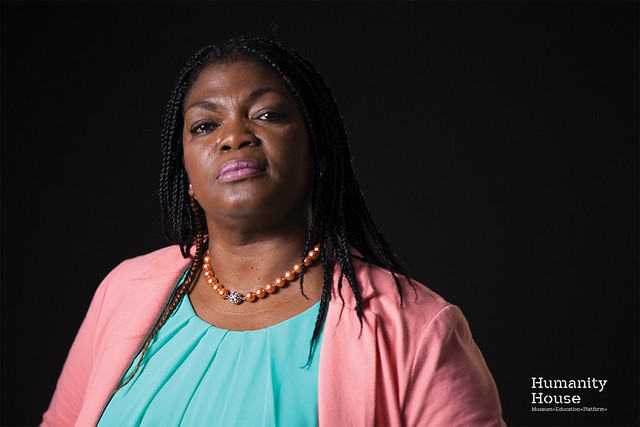 Gay rights are human rights, nothing more or nothing less, says Yvonne. The Universal Declaration of Human Rights (UDHR) states that all people are born free and equal. And that everybody is entitled to all the rights and liberties listed in the declaration: ‘without distinction of any kind, such as race, color, sex, language, religion, political or other opinion, national or social origin, property, birth or other status’.

Although this declaration is recognized all over the world, human rights are not protected everywhere. For example, the world is divided when it comes to equal treatment for LGBT people. Homosexuality is punishable in more than fifty countries, and in Yemen and Mauritania the death penalty can be applied. Human rights organizations like Amnesty International and Human Rights Watch campaign all over the world for human rights. They ensure that people who are wrongfully locked up are released, and that laws that contravene the universal human rights are abolished. Other organizations campaign on behalf of specific groups whose rights are infringed.

Yvonne's route to The Netherlands